A better option for VA clinic at Alameda Point: The Lab site

The US Department of Veterans Affairs’ original plan for outpatient facilities and a columbarium at Alameda Point ran into strong opposition over proximity to the nesting site of the CA Least Terns on the wildlife refuge.

Now, a new set of concerns is emerging. The new proposed location on the Northwest Territories will impact wetlands and natural habitat, is isolated from the main mixed-use area where redevelopment planning is underway, and will generate a stream of traffic through land designated for open space.

A better site is available and should be considered.

Although no map of the current proposal has been released, Jennifer Ott, Chief Operating Officer for Alameda Point, confirmed that most of the VA footprint is on the open space runway area of the Northwest Territories slated to be transferred to the city.  Larry Janes, Capital Asset Manager for the VA Sierra Pacific Network, confirmed that the US Fish & Wildlife Service is preparing a biological opinion on the impacts of the move as part of an overall environmental assessment. 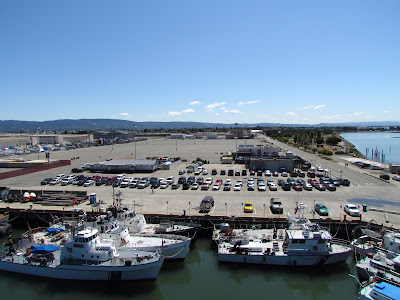 Last summer when closed-door plans to move the VA northward were being discussed, the City of Alameda was actively competing for the second campus of the Lawrence Berkeley National Lab.  Alameda was unsuccessful in its bid, but in that process the city cleared the way for commercial development on a site next to the USS Hornet and adjacent to a proposed regional park.  That site is now available for the VA clinic and offices.  Locating the clinic facilities near the USS Hornet, while keeping the columbarium in the runway area, would offer a host of benefits:


The City of Alameda holds an important seat at the planning table for this project.  For the VA to move forward with its current plan, the city council would have to amend the no-cost conveyance agreement between the city and the Navy signed in 2011, in order for the Navy to keep part of the Northwest Territories to give to the VA.

The city should insist that the VA study an alternative site – the Lab site - in its environmental impact report.  It’s looking like the environmentally superior alternative.

See also: "Preserve Northwest Territories" and "The Right Site for VA Clinic at Alameda Point" pages on this blog.

Related story:  "A New Vision for Alameda Point."
Posted by AlamedaPointInfo.com at 12:44 PM